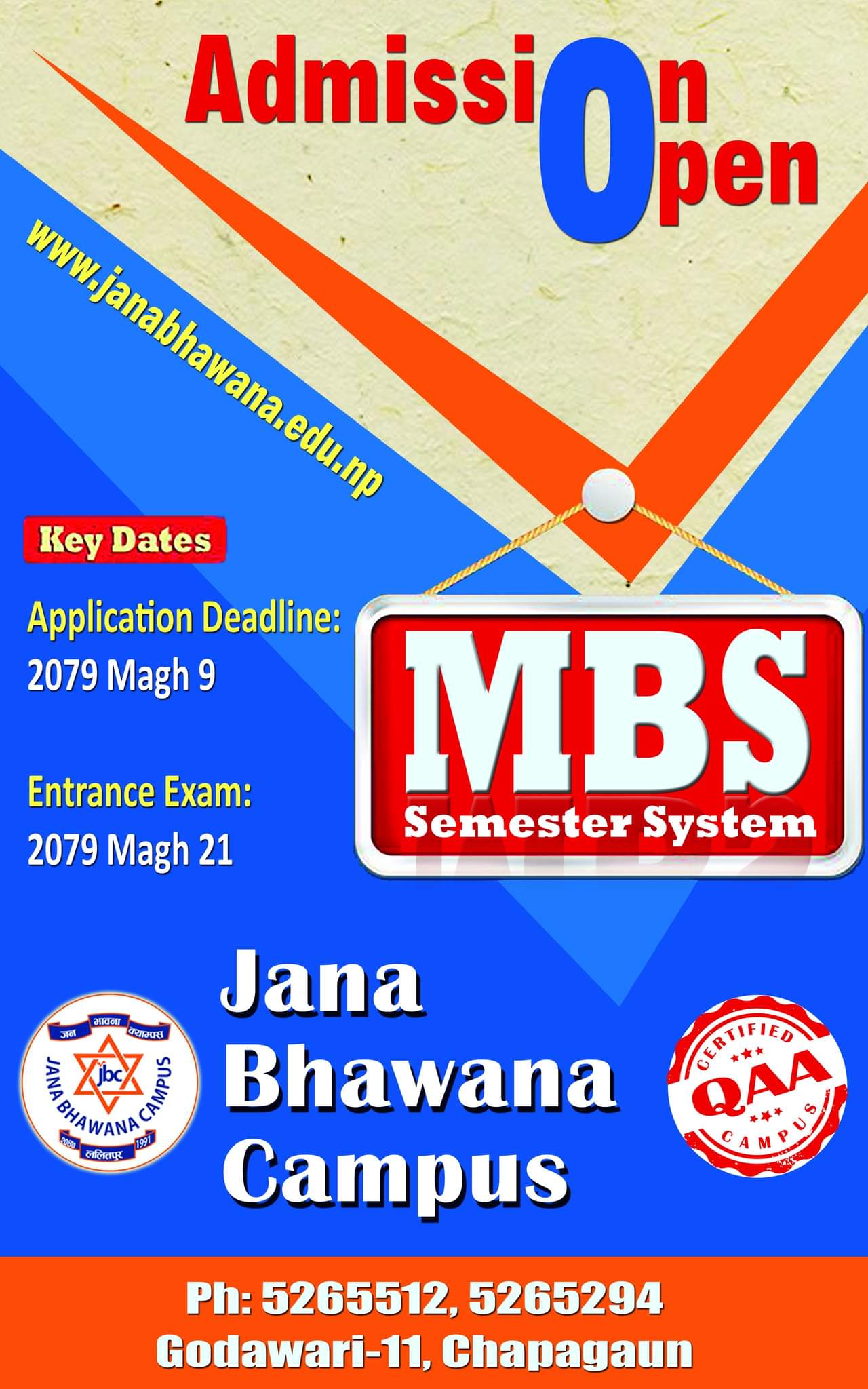 Notice regarding Entrance Examination of MBS for the academic session 2079B.S.

Jana Bhawana Campus organized an interaction program with the stakeholders for the commencement of semester based IT course, BICTE on 18th Kartik 2079. The campus has got affiliation to run BICTE course and has planned to enroll students from 2079 intake. In the interaction program, the chairs of rural municipalities of Lalitpur, representatives from Education, […]

Notice regarding Entrance Examination of Bachelor of ICT(BICTE) for Academic Session 2079 B.S.

Notice regarding the Entrance Examination of Bachelor in Computer Application (BCA) for Academic Session 2079 B.S.

Notice regarding the Entrance Examination of Bachelor in Computer Application (BCA) for Academic Session 2079 B.S.

Jana Bhawana Campus organized “Poetry Competition” on 29th Ashad 2079 on the auspicious occasion of Bhanu Jayanti. The students for pursuing bachelor and master degree at Jana Bhawana Campus in all faculties: Management, Humanities and Social Sciences, and Education participated in the program. All together 27 students recited their poems in the competition. Speaking in […]

Jana Bhawana Campus, Department of Language and Literature organized a one day training program on “Writing Skill Enhancement Program”. The program was organized on 24th Ashad 2079. The students pursuing bachelor degree in the faculty of Humanities and Social Sciences (first year), and Education (first year) participated the training. The resource persons were Mr. Kuber […]